We introduce Bit-Swap, a scalable and effective lossless data compression technique based on deep learning. It extends previous work on practical compression with latent variable models, based on bits-back coding and asymmetric numeral systems. In our experiments Bit-Swap is able to beat benchmark compressors on a highly diverse collection of images. We’re releasing code for the method and optimized models such that people can explore and advance this line of modern compression ideas. We also release a demo and a pre-trained model for Bit-Swap image compression and decompression on your own image. See the end of the post for a talk that covers how bits-back coding and Bit-Swap works.

The goal is to design an effective lossless compression scheme that is scalable to high-dimensional data, like images. This is a matter of concurrently solving two problems:

The compression ratio of the resulting compression scheme heavily relies on the first problem: the model capacity. Recent advances in deep learning allow us to optimize probabilistic models of complex high-dimensional data efficiently. These developments have opened up many opportunities regarding lossless compression. A powerful technique is to pair autoregressive models with entropy coders, like arithmetic coding or asymmetric numeral systems (ANS), resulting in excellent compression ratios. However, the autoregressive structure typically makes decompression several orders of magnitude slower than compression.

Fortunately, ANS is known to be amenable to parallelization. To exploit this property, we have to narrow our focus to models that encompass fully factorized distributions. This constraint forces us to be extra innovative and choose our model and coding scheme accordingly.

The recent Bits-Back with Asymmetric Numeral Systems (BB-ANS) method tries to mitigate this issue by combining latent variable models with ANS. Latent variable models define unobserved random variables whose values help govern the distribution of the data. For example, if the observed data consists of images, the composition of the images may be dependent on the locations of edges and textures, which are latent variables. (In practice, we typically define an uninformative prior over the latent variables, like a standard gaussian.) This type of model may use fully factorized distributions and can be efficiently optimized using the VAE framework. 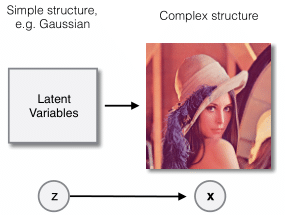 The critical component that enables BB-ANS to compress with latent variable models is a principle called bits-back coding that turned out to be a natural fit with ANS. Bits-back coding ensures compression that closely matches the negative ELBO on average, in addition to an overhead that only occurs at initialization. This overhead becomes insignificant when compressing long sequences of datapoints at once. 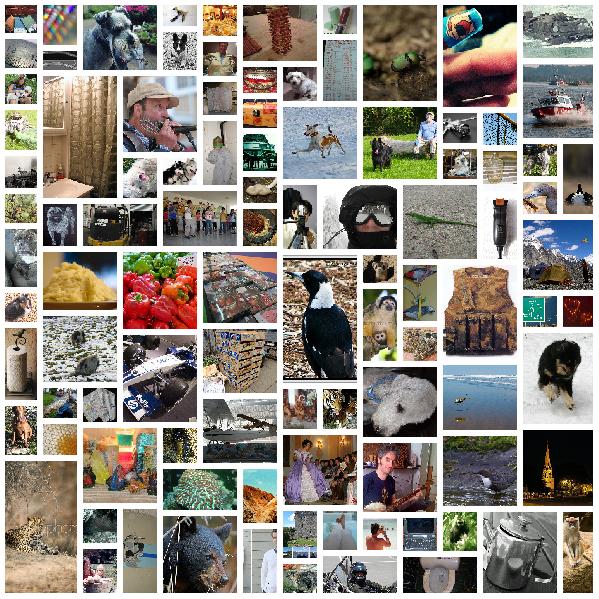 We trained the hierarchical latent variable model on random 32 by 32 pixel patches of the training set of ImageNet. For testing, we took 100 images independently from the test set. The 100 images were cropped to multiples of 32 pixels on each side, such that we could fit a grid 32 by 32 pixel blocks. The grid is treated as a dataset that has to be processed in sequence in order to be compressed with Bit-Swap and BB-ANS. We then apply Bit-Swap and BB-ANS to a single sequence at the time, corresponding to compressing one image at the time. We used the same cropped images for the baseline schemes, without first breaking the images up in 32 x 32 pixel blocks. The results are shown above. We believe results can be further improved by using bigger pixel patches and more sophisticated model optimization. All other results can be found in the paper.

Note: if the input file is already compressed (JPEG, PNG etc.), the script first has to decompress that file export it to RGB pixel data. Thereafter, the RGB pixel values are the input and that data gets compressed by Bit-Swap and the other schemes, resulting in size reduction compared to the RGB pixel data. One might notice that the raw RGB pixel data contains (much) more information than the input file. The discrepancy between the file sizes is especially prominent when converting JPEG files to RGB data. This is largely because JPEG, a lossy compressor, consists of a quantization step, in which the original image loses a (large) portion of the information. Quantization creates predictable patterns, which are in turn compressed using lossless compression techniques for the purpose of storage. When decompressing the JPEG file and converting to RGB, however, we store every single pixel value explicitly, thus disregarding the patterns. This could result in a large increase of information.

See the video below for a talk about this paper.

You can find the slides here.

This work was done while the author was at UC Berkeley. We refer the reader to the following paper for details: